This Tuesday, January 12th, at the SPUSD board meeting the district will conduct a public hearing to receive feedback concerning the Draft EIR for the Mission Street Project.  Verbal comments made during the public hearing will be summarized, but not transcribed, by the Environmental Analyst and included in the Final EIR.

Neighbors (owners and occupants) within a 500 foot radius of the project and those provided by the City included on a list of individuals and/or organizations “interested”  were also mailed a notification regarding the 45- day public comment period.

You can also click on the image below to read the South Pas Review article: http://south.pasadenanow.com/comments-welcomed-on-mission-place-project-draft-eir/ 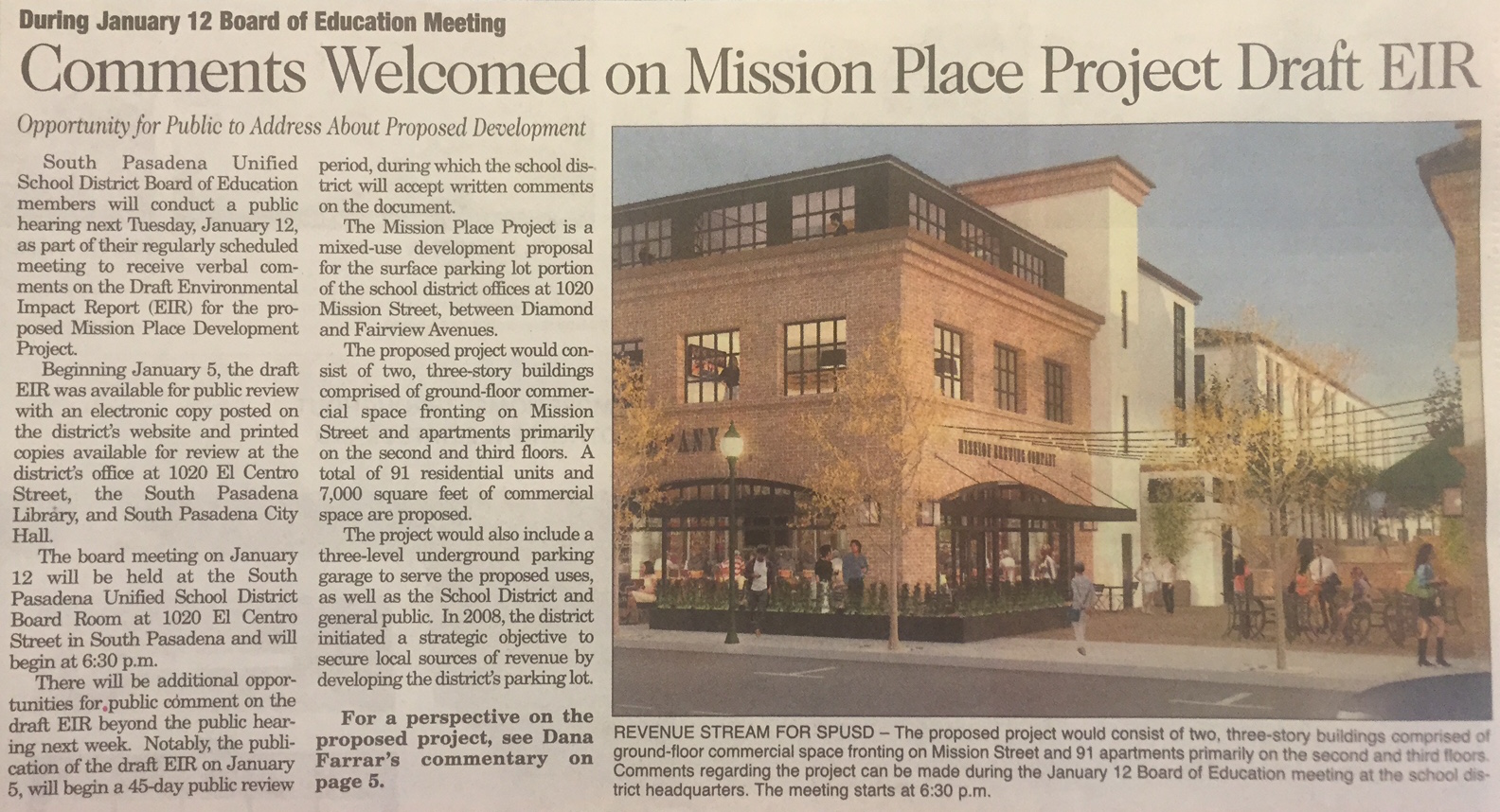